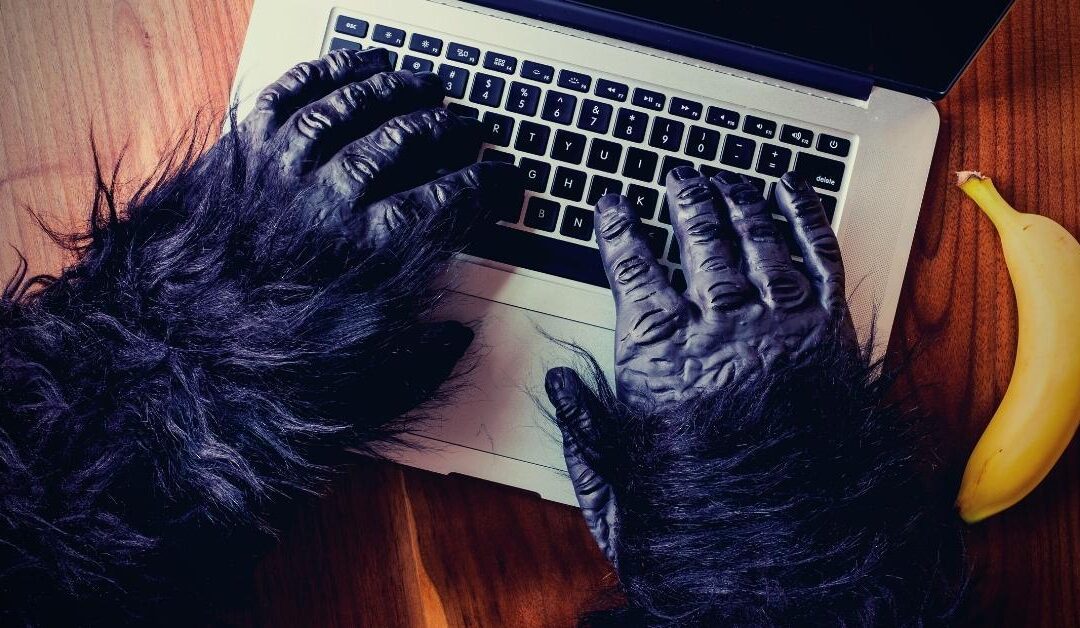 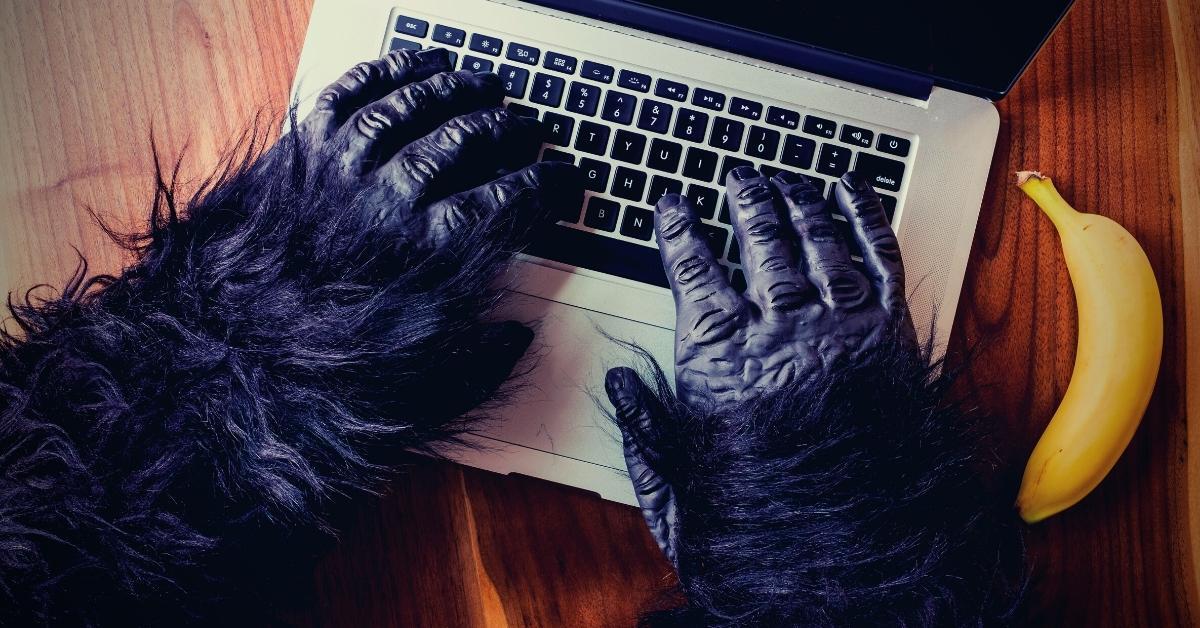 As last year closed out, we provided a round up of the previous 12 months of Mac malware, making the observation that, among other things, 2021’s macOS malware cohort saw a focus on spyware and the targeting of users in Asia, particularly China and Hong Kong. The first month of 2022 has seen those trends continue with two new malware campaigns discovered in January, namely SysJoker and DazzleSpy.

In this post, we give brief overviews of these two new malware families, offering both additional details not previously reported along with indicators for detection and threat hunting.

The first new Mac malware report of 2022 came courtesy of researchers at Intezer in the form of a threat they dubbed SysJoker, which comes in Windows, Linux and macOS variants. Researchers say that the Linux version was found in-the-wild infecting a server belonging to “a leading educational institution”.

The Mac-specific variant of this malware is a Universal binary named types-config.ts, compiled for both Intel x86 and Apple silicon M1 arm64 architectures.

Upon execution, the Mach-O installs a persistence LaunchAgent that masquerades as an Apple launch service ~/Library/LaunchAgents/com.apple.update.plist.

The fake service targets an executable called ~/Library/MacOsServices/updateMacOs. This file is also written by the types-config.ts file and is in fact a straight copy of itself. The SentinelOne agent captures the chain of execution and displays it in the Management console for easy pivoting and threat hunting.

The malware is written in C++ and much of the initial action occurs in the entry.init0 function. Using r2, we can get a quick summary of the function’s important strings.

The “drive.google.com” address delivers a file “domain.txt” that contains an obfuscated domain name address. The key shown above at address 0x1000139e2 is used to decode the contents of “domain.txt”, which turns out to to be the DNS address “graphic-updater.com”.

Other hardcoded strings are then concatenated with the decoded DNS address to form a full C2.

We note that SysJoker has a peculiarity that, to our knowledge, has not been described by other researchers. In our tests, if the malware is run as root when the path

does not exist, the malware will abort.

That’s an unusual path, as the root user on macOS typically exists under /var/root, not /Users/root.

Whether this is an oversight or a peculiarity of SysJoker’s intended target is unclear. At this point, we have no explanation for this behaviour, but merely note that if /Users/root does exist, then the malware executes as expected, and drops the components under that file path hierarchy.

According to previous researchers who also analyzed the Windows and Linux variants, SysJoker’s primary purpose is to await commands from the C2. We, and our sample, did indeed wait, but the C2 appeared to be uninterested in talking to either of us. Intezer has more details on the backdoor’s functionality.

How To Protect Against OSX.SysJoker

Aside from the one reported in-the-wild incident against a “leading educational institution”, it is unclear at this time how SysJoker is distributed, who it targets, or what the authors’ objectives are. However, the cross-platform nature of the malware suggests that it may be part of a wider campaign, and it is imperative that organizations have a capable multi-engined security solution in place to defend against these kinds of attacks.

OSX.DazzleSpy comes in the form of an unsigned, Mach-O file compiled for Intel x86 architecture, although it’s perfectly possible that undiscovered ARM versions exist as well.

On execution, the Mach-O installs a persistence LaunchAgent that masquerades as an Apple launch service at ~/Library/LaunchAgents/com.apple.softwareupdate. This fake service targets an executable called “softwareupdate” written inside a hidden folder of the user’s home folder, ~/.local/softwareupdate.

The executable “softwareupdate” contains a mixture of public and private frameworks. On the public side, the malware authors have adopted the tonymillion Reachability framework to determine network connections, YYModel for efficient parsing of JSON data, and GCDAsyncSocket to handle TCP/IP socket networking tasks. A date comparison method, +(int)compareOneDay:(NSDate *)oneDay withAnotherDay:(NSDate *)anotherDay, also appears to have been lifted from a Chinese-language programming forum.

For functionality, DazzleSpy contains code for searching and writing files, exfiltrating environmental info, dumping the keychain, running a remote desktop and running shell commands, among others.

DazzleSpy collects and drops a number of other files in the hidden ~/.local directory related to espionage and data collection.

Although we only saw the first of these files dropped in our tests, analysis of the static code suggests that another hidden directory, .Documenty, may also be used by the malware.

The authors appear to have been careless (or perhaps deliberate!) in leaving artifacts from the development environment. As noted by ESET, one user name embedded in the malware is “wangping”, but we also note two others: “wp” and “XpathX”.

Of these, “XpathX” seems to have a number of paths typical of an active user, but why these should have found their way into the code is both mysterious and suspicious.

There’s no obvious mechanism that would easily result in those being embedded accidentally, and one could be forgiven for thinking that these paths were deliberately placed. We might also wonder about the authenticity of other paths such as /Users/wangping/pangu/.

How To Protect Against OSX.DazzleSpy

OSX.DazzleSpy, like macOS.Macma before it, appears to be aimed at visitors to certain websites holding content about, or of interest to, Hong Kong pro-democracy activists and activism. Although that is a small demographic, the threat actors also exploited a (now-patched) local privilege escalation, CVE-2021-30869, to run the payload as root.

SentinelOne’s behavioral engine detects OSX.DazzleSpy on execution. In order to prevent infections like DazzleSpy, be sure to install a good behavioral AI engine that can recognize novel threats based on what they do. Legacy AV scanners that rely on known signatures or cloud reputation services alone will not be able to stop threats that have not previously been detected in the wild.

Admin users can view details including threat indicators in the Management console and pivot directly from there to Deep Visibility for extended threat hunting across the estate if required.

These two new Mac malware families continue trends. DazzleSpy’s use of vulnerabilities is a clear warning to those that continue to insist Mac users cannot get malware if they engage in “safe behavior”: such a stance does not match today’s threatscape.

Meanwhile, SysJoker’s cross-platform backdoor functionality shows that threat actors are factoring in Mac targets along with Windows and Linux as they develop new ways to steal data and compromise organizations. As with all your other endpoints, it is vital to keep your Mac fleet protected by a capable, defense-in-depth security solution.

If you would like to learn more about how TN Team can protect your Mac, Windows, Linux, ChromeOS, IoT and Cloud workload endpoints, contact us.